The development of ProMark was guided by experts in the field of prostate oncology and pathology, and focused, from its inception, on addressing the unmet need for better information for the decision specifically in men with Gleason 3+3 and 3+4 disease. ProMark was validated through a series of studies from initial proof of concept to final marker model lock-down and validation trials. In total, the development of ProMark involved more than 1,200 patients in a rigorous, 3-phase program. An overview of the analytical development and validation program for ProMark is outlined below:

Below is the list of the 8 protein markers that comprise the final ProMark assay and which are incorporated in the validated ProMark algorithm to generate a patient's ProMark Risk Score.

Purpose: Current clinicopathologic parameters are insufficient to predict the likelihood of biochemical recurrence in patients with Prostate Cancer after radical prostatectomy. Such information may help to identify patients who would likely benefit from adjuvant radiotherapy rather than active surveillance. A multiplex proteomic assay, previously tested on biopsies and found to be predictive of favorable or unfavorable pathology at radical prostatectomy, was assessed for its predictive value to identify patients at higher risk of biochemical relapse.

Results: Of the 288 men, biochemical relapse was observed in 47 (16.3%) and metastases in 5 (1.7%). Median follow up was 68.5 months. The proteomic assay clearly separated patients into three categories - low, intermediate and high risk of biochemical relapse (p=0.0007). Assay scores predicted biochemical relapse in univariate analysis (hazard ratio: 1.724, p=0.0002 per 20% change in score), significantly better than other pre-operative prognostic parameters. Additionally, the assay score had a significantly higher p-value when combined with clinical NCCN stage compared to stage alone (hazard ratio: 1.579, p=0.0017 per 20% change in score).

Conclusion: A protein-based assay score derived from diagnostic needle biopsy has strong predictive ability for biochemical relapse after surgery. These results suggest that this assay score can be used at the diagnostic stage to identify patients whose Prostate Cancer is potentially more biologically aggressive and in whom active treatment should be considered.

Introduction: Of the 240,000 men in the US diagnosed annually with Prostate Cancer, the majority have indolent tumors. Distinguishing between aggressive and indolent cancer is an important clinical challenge. The current approaches for assessing tumor aggressiveness are recognized to be insufficient. ProMark is a novel protein-based assay with demonstrated ability to predict tumor aggressiveness at biopsy. The objective of this study is to measure the clinical utility of ProMark in the management of early-stage Prostate Cancer.

Methods: 86 board-certified urologists were enrolled in a randomized, two-arm experiment that collected data using clinical vignettes: simulated patient cases wherein doctors are provided with results to any tests or procedures they choose to order and are asked to make a treatment plan based upon their investigations. To measure changes in practice, participants completed cases at baseline (R1) and 3 at round 2 (R2). After baseline data were collected, the urologists randomized to the intervention arm received a 15-minute training on ProMark and then, for their R2 cases, were given ProMark results. The cases were all newly diagnosed Gleason 3+3 and 3+4 Prostate Cancer patients. Each case had a treatment course of either active surveillance (AS) or active treatment (AT), determined from the literature and NCCN guidelines. The outcome measure was the appropriate treatment, defined as urologists who ordered a biopsy and correctly indicated Active Surveillance or Aggressive Treatment, according to the individual case. Analyses were done using difference in difference estimations.

Results: The introduction of ProMark resulted in a marked increase in the number of urologists instituting the correct treatment. While the control group scores for appropriate treatment stayed virtually the same across the rounds (15.1% R1 vs. 13.6% R2; p>0.1), appropriate treatment in the intervention group increased from 12% in R1 to 28% in R2. This change was most marked in the confirmatory (+23%) (p<0.01)) and switch cases (+21%) types (p<.01) but was not statistically significant for the clinically indeterminate cases.

Conclusions: In a randomized, experimental study, a novel protein based assay significantly increased the number of patients who were put on the appropriate treatment and suggests that this type of testing has demonstrable clinical utility and may potentially generate significant savings.

Development and Clinical Validation of an in situ Biopsy Based Multi-Marker: Assay for Risk Stratification in Prostate Cancer 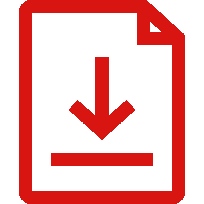